Setting an Intention “Outside of Time” 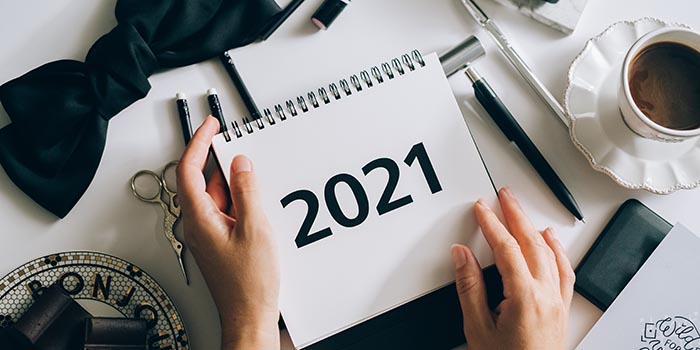 Without right motive and right intention, we cannot fulfil our destiny in being born man and woman. And a true intention, says the mystic Reshad Feild, is set “outside of time”

efore anything is undertaken in life, it is wise to consider very deeply the nature and quality of our motive. If our motive is not pure, then whatever we set out to achieve is unlikely to bring about good results. It is true to say, “Whatsoever you sow, so shall you reap.” It is a foolish man who sets out on a journey without ﬁrst considering his motive, and without knowing a little about the results of setting an intention.

A chapter from the book Steps to Freedom – Discourses on the Essential Knowledge of the Heart, which is planned to be published in a new edition by Chalice Guild [/] soon.

Almost everything we do in this world is unconscious and based on reactions from the conditioned mind, which is in a state of “sleep”. The average man, sleepwalking his way through life, seldom if ever goes into the questions of motive and intention. He is tossed about by waves of fate, the control of which has already slipped from his hands. He does not know that he is asleep. The result of this sleep can lead him only into further sleep states. Not only does he not know the purpose of life, but he does not even care to question why he was born and what he is doing in this world at this time. He actually considers that he can “do” something. He thinks that he can think a thought, whereas in reality a thought thinks him. Until he awakens to serve the present moment, thought-forms influence his life. These thought-forms are materialized from the biosphere through human beings who do not realize that they are vehicles for the Divine will and transformers of subtle energies. We each have a job to do, which is to be of service in this world. And then the law of the real world can be brought into ordered manifestation here and now.

Even if our motive is good, it is rare that we ever fulfil our original intention. The power of the original intention will diminish if it has been deviated by negative emotions or feelings, which get in the way of what we set out to do in the first place. Then there can be wastage of energy, and energy is surely needed to make any decision. Energy follows thought, and unless the thought is directed in a straight line, there is bound to be deviation of the energy as it spreads itself out along the lines of thought. Obviously, the end result achieved would be small indeed.

It does not matter what example we use, be it a journey to the ofﬁce or to the market. How many times have we gone to the market to buy a certain type of food and come home having forgotten what we originally went for? Instead, we return laden with all sorts of provisions that have little or nothing to do with what we actually need. Whichever way we look, if we are honest, we can see how difficult it is for us to fulfil our original aim, and how easily we can be deflected, led off down some by-road, or even into a dead end, so that we have to turn right around and start all over again.

Let us examine what it could mean to make an intention outside of time.

So often we go hither and thither, studying first this method and then that method, doing this exercise and that exercise, this practice and that practice. This can make us feel good for a while, but all we are doing is placating our self-righteousness. But really, this has nothing to do with the work with which we could become involved. From the beginning of time, mankind has been given free choice. We can get what we want in life if we put our minds to it. In the end, if we have not put ourselves into the stream of service, which will bring us in touch with the real world, we will become ultimately disillusioned and may have to repeat the search all over again. It is only when we place ourselves in the stream of service by setting our intention outside of time that we can begin on what is called the way.

Let us examine what it could mean to make an intention outside of time. If we look at our own lives we will see that nearly all the intentions we have made have come about through comparison. It always involves a relationship with something that has already happened in our own lives, or in the lives of others. We decide to do something because of the pain we went through last time when we did something else. We make a decision to travel abroad because it is cold and foggy where we are. Everything is done in comparison to something else, as this world exists only because of the nature of duality. Yet our spiritual search is towards union, beyond comparison, beyond the mind, beyond discursive reasoning, beyond even consciousness itself.

It can be seen that, in order to come into the realization of unity, it is necessary to set our intention in a way that is not based on the conditioned mind or on the world of comparison and opposites. We can reach a place that lies exactly at the mid-point between this world and the world-to-come, between this world of illusion and the real world, which is totally beyond description based on the mind. It is as though our intention is the bridge between the two worlds. The answer is in the question; and the intention is the eternal question asked of all mankind, the question which contains within itself the truth.

The moment we set our intention correctly, provided our motive is pure, we are immediately in the stream of service.

The moment we set our intention correctly, provided our motive is pure, we are immediately in the stream of service. We then can be led to where the Divine will wishes us to go, where we can put our talents to the best possible use, where we can serve our fellow man in the knowledge and love of God.

Yet how hard it is! We are so cluttered with conditioning and preconceived notions as to what this spiritual path is all about that it is almost impossible for us to set the intention that will lead us and others towards the goal. That is why it is necessary to work on ourselves so that we can be more of service, more of help in the unfolding of the planet. With each conscious effort of work on ourselves, little by little the conditioning is melted away until finally we are clear enough to be totally committed to something that can neither be seen, nor felt, nor tasted, nor touched. The methods and the practices will help us toward this end perhaps, but no one but ourselves can make that commitment for us. If anyone says that he can, beware. It is too easy to give our wills into the hands of another, and thus lose the only opportunity we have of giving ourselves and surrendering ourselves completely into the knowledge of our essential unity with God. We have to take the plunge ourselves. No one can do it for us. Someone else can bring us right to the edge, but only we can drink from the fountain; only we can make that final act of commitment.

To make that commitment requires courage, and integrity, and a pure motive, and, most of all, the passionate yearning to know God. Nothing less will suffice.

© The Literary Estate of Reshad Feild 2021